How to make a Map Overlay-Part I

Requirements for Part I 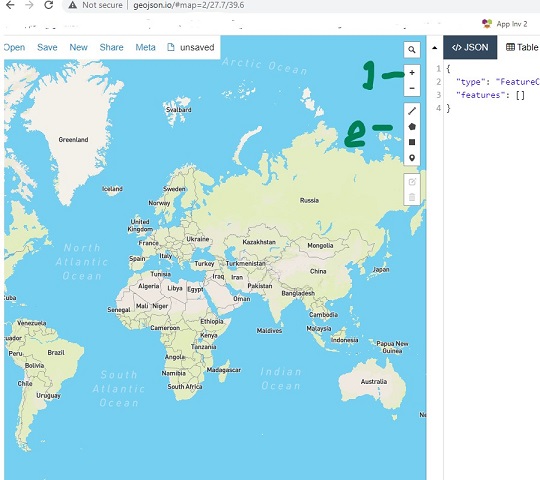 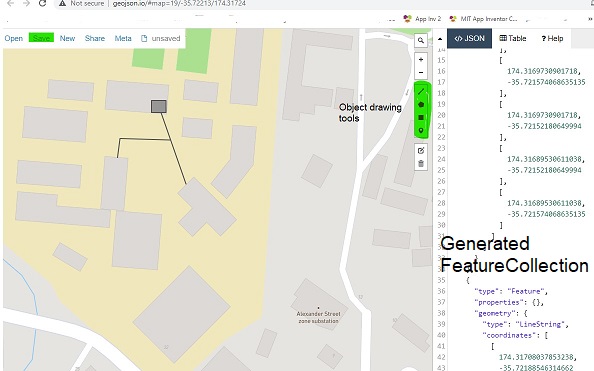 When later viewed on your device, the overlay will look like this: 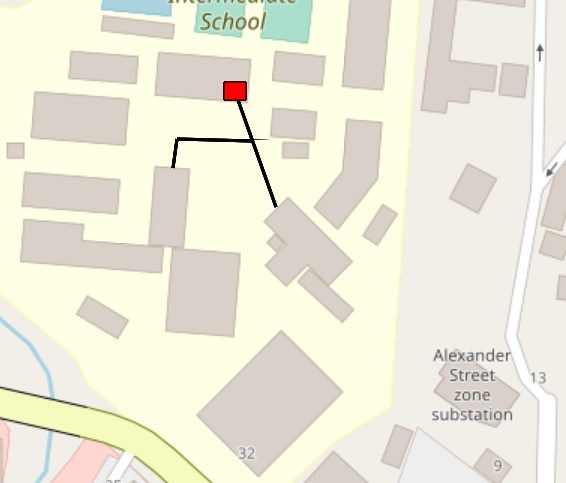 Load the Map Overlay to your Project 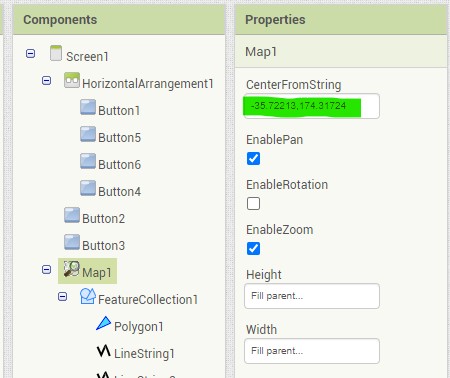 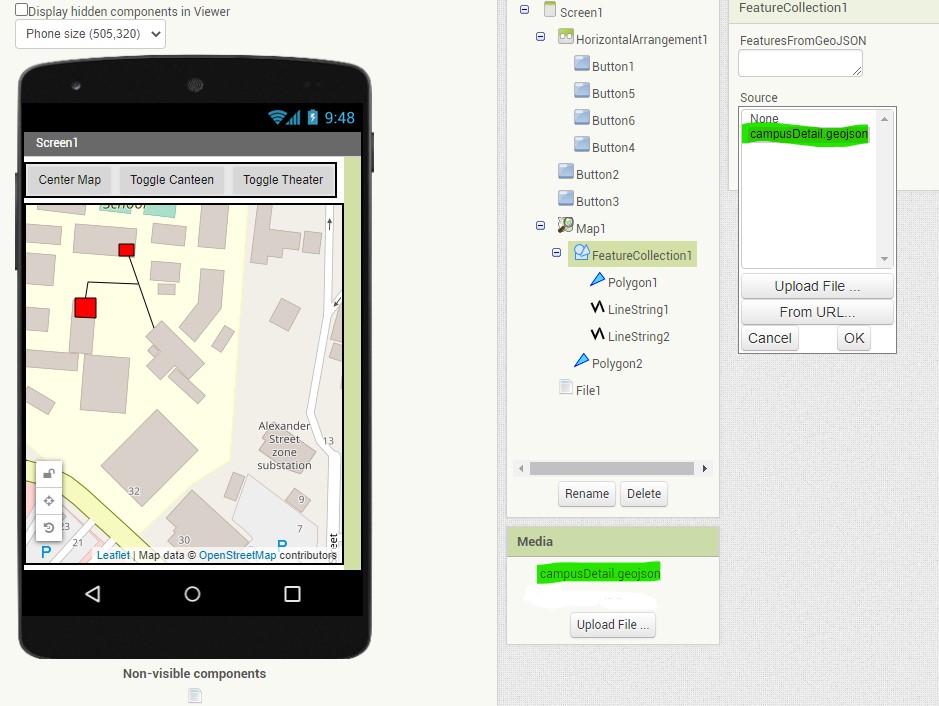 A simple way to update your overlay is to load a previously created geojson (Open > File ) on the geojson web page; select the file to continue working on it. Save the modified FeatureCollection with a different name so you have a copy; then reload the new geojson into Media, replacing the existing file. 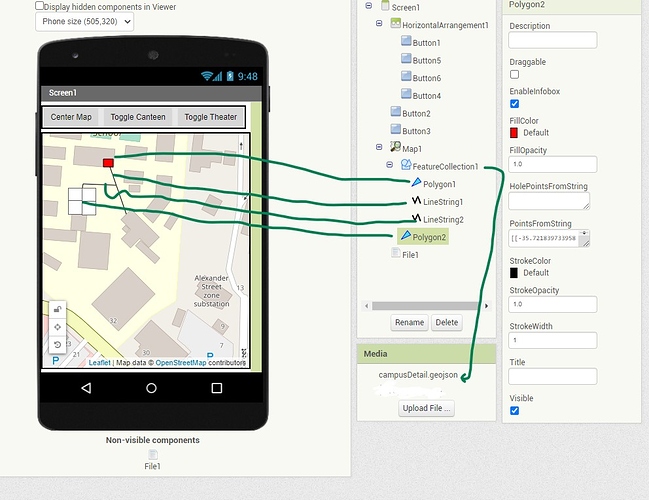 MapDetailDesigner2992×764 133 KB
. Polygon1 and LineString1 and 2 are part of the overlay. Polygon2 was added using the Designer.

Part II Custom Map Overlay .. Show the user on the Map and a Custom Map Overlay. Add map 'control' information to the Display. How to Build this App [campusExplore] Part I to this tutorial explained how to make the Custom Map Overlay. This part explains ways to animate and do interesting things with the overlay using the Maps control's object Properties. This is the map overlay playground experiments Designer. [campusDetailDesigner] The tutorial example app works in Android 4.2 - 8.1. I…

FeatureCollection creation tool geojson.io is a tool for editing GeoJSON data on the internet. It enables editing through a map interface, raw GeoJSON. See the
About

How to know if your device is located within the bounds of a polygon.

Creating Feature Collection with the tool

I hope you find this tutorial useful. Part II describes a small app to demonstrate the technique. The community has lots of posts to help you learn to use the Map tools.

8 Likes
Help with: CANVAS?
Draw circle on a map
How do I show custom map?
How to make a Custom Map Overlay Part II .. Show the user on the Map and a Custom Map Overlay
How do I change Polygon Color?
Map-Save-Method creates an Geojson-file, that is not usable
APP INVENTOR put markers on the map from the coordinates saved in the firebase