.. Show the user on the Map and a Custom Map Overlay. Add map 'control' information to the Display.

How to Build this App 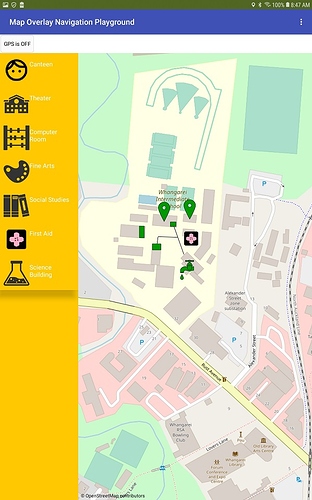 Part I to this tutorial explained how to make the Custom Map Overlay. This part explains ways to animate and do interesting things with the overlay using the Maps control's object Properties.

This is the map overlay playground experiments Designer. 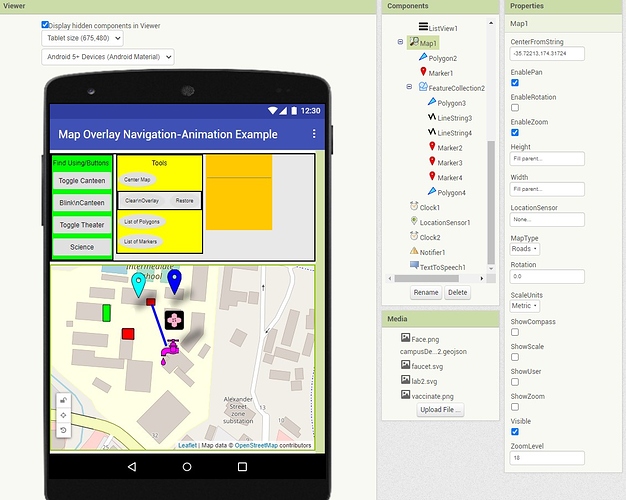 The tutorial example app works in Android 4.2 - 8.1. It is built using only Blocks. Whether it works in higher operating system versions I do not know. Try the example aia.

How the Interface to the Overlay is Built

The example app is designed on a Tablet. The example aia will run on small cell phones too. For small screens you it may be necessary to adapt the location of some of the controls.

Developers use these App Inventor tools and should familiarize themselves with the documentation:

Use the Location Capabilities of the App

The ShowUser Block provides an icon at the Android's current location( provided the device's Settings allow Location and the GPS is enabled).

Your location probably will not display in the example overlay area immediately but will display on an expanded Map (perhaps set the Zoom to a value of 2 or 3 to find out where you are in relation to the map overlay?

How to Animate (dynamically modify) the Objects in the Overlay

How to use the example animation/navigation techniques

There are several basic animation types:

Press the Button or Click the ListView item associated with an overlay item to change its color; press again to revert to the original display. 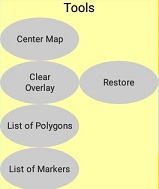 How to use the Map Overlay Animation Demonstrations 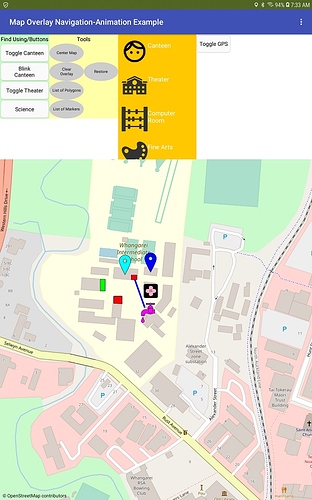 Press the Button or Click the ListView item associated with an overlay item to change its color; press again to revert to the original display.

The animation features are not yet optimized (the example does not track which features an object is currently using) and using different types of modification (without reverting to the original) can result in confusion. Avoid this if you limit the way something can be done when coding your real app; the example shows various ways. You probably do not want to use all the techniques in an actual app.

The aia containing all the experimental code is called campusDetail6.

The Part II example is a compilation of techniques to manipulate the map overlay. The controls do not look very pretty. CampusExplore is the aia of a partially completed app using a map overlay. The technique can be used on a map of a school campus or park to help a visitor to find things. Keep the interface simple.
campusExplore.aia (16.0 KB) 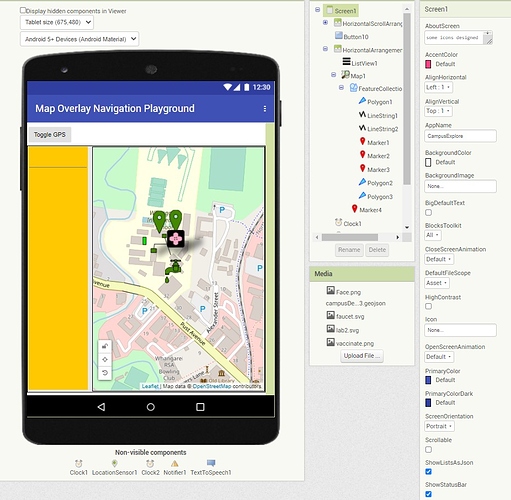 Useful code while working with an advanced version of this app 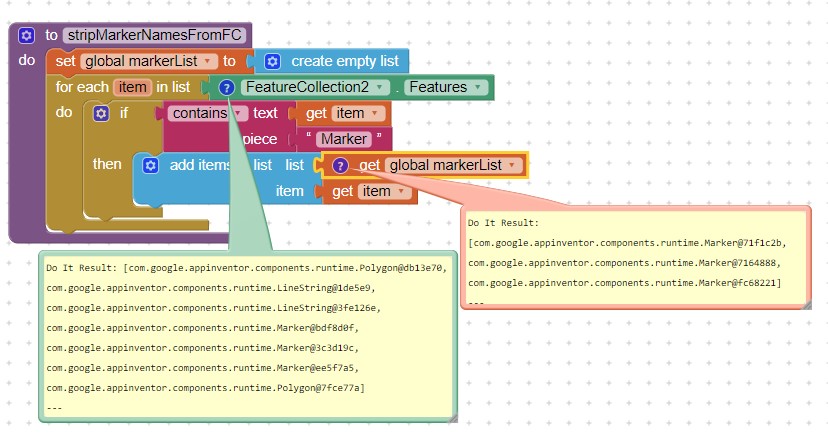 stripFCforMarkers828×437 85.2 KB
How make a Procedure to strip the runtime names of the Markers from a FeatureControl .

A List of the Markers in the Project is useful while using an Any component Marker control.

When you import a Map Overlay FeatureCollection, all the components are colored Green. This is a routine to re- set the color of all the objects. 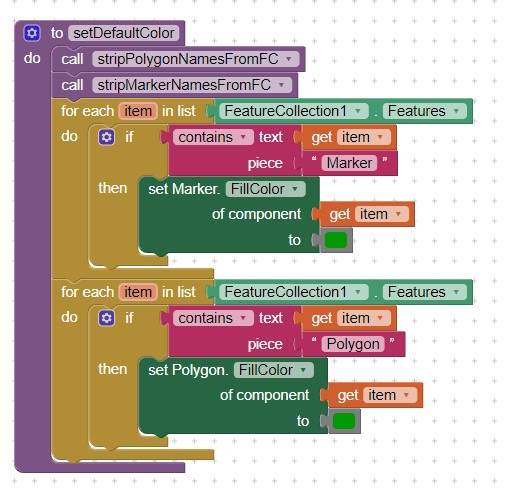 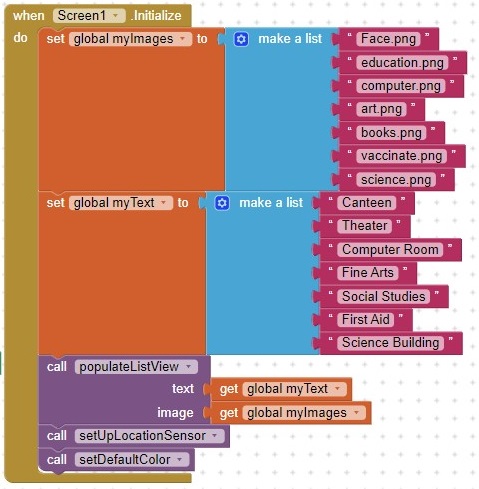 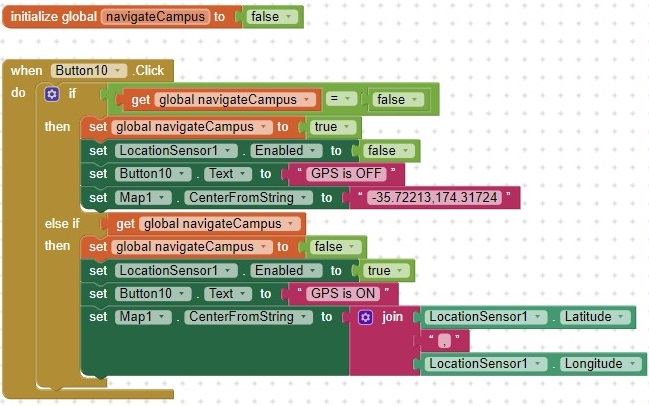 Toggle the GPS off to view the campus overlay when your device is not near the campus.

What next?
This is an example, not a completed app. As a developer you can make this work the way you want it to. You can:

Credits: some free images used in the tutorial curtesy of and designed by Dreamstale.

Notes: The Map control cannot be moved once placed on the Screen. When building an app using the control you might want to place the Map in a Layout so you have control of your GUI.