The extension TMIC enables the import of ML models created with Google Teachable Machine and exported as Tensorflow.js uploaded on Google Cloud. It allows running the trained models on Google Cloud into the App Inventor app, and capturing images with the device’s rear-facing camera.

The extension is based on the PIC extension, which enables the deployment of ML models created with the PIC web application. It includes the following properties and blocks: 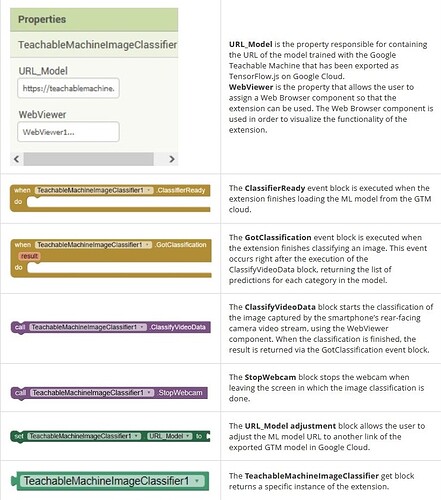 The extension was created with the App Inventor extension framework and is available under the BSD 3 license and it is included with a LICENSE file. 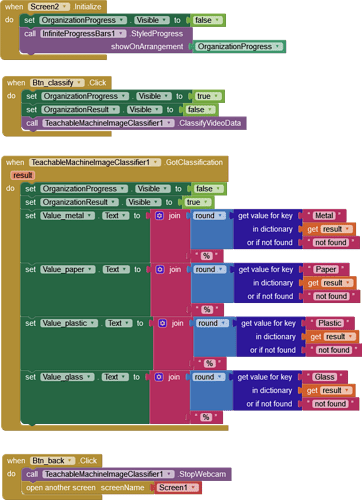 The extension is being developed by the initiative Computação na Escola of the Department of Informatics and Statistics of the Federal University of Santa Catarina/Brazil as part of a research effort aiming at introducing AI education in K-12.

We would love to see the apps you create with this extension! Share the apps using the hashtag #cneufsc

5 Likes
Compare the images
Extension or anything useful to recognize a marker image using the camera
ChrisWard August 25, 2022, 10:57pm #2

What a beautiful extension. I can foresee many people using it for Appathon 2023.

thank you for your contribution
one minor issue concerning the naming conventions...

the correct name for the URL_Model property would be UrlModel, please adjust it accordingly, thank you

Hello, thanks for pointing this out. We will be working on the correction of this problem. 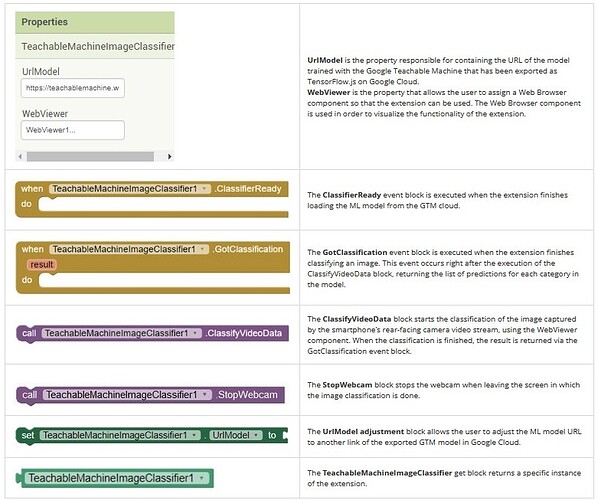 Hello, I have tried the extension in android emulators, studio and genymotion, and it doesn't work. It is important in the classroom to be able to use these emulators with our students, due to the variety of mobiles they have.
It would be very useful if the extension were adapted.
Thank you for your work.

Did you load the provided aia Fernando and use it with Companion and a real device?

Of course the example does not work in an emulator. It does work on a cell phone.
To use the example that is provided with the extension you must use a camera. I am not aware of any emulator that has camera hardware.

Hello, in Companion and in android emulators it doesn't work, but it does in real device.
Thanks.

Is there a way to use mobile front camera to capture image ?

At the moment with this version of the extension there is no possibility to capture images with the mobile front camera.

ok , I will look forward for this update in future.