The build server is currently busy. Please try again in a few minutes

Even I’m also facing the same issue when trying to build the app it is saying server error and getting all the time server is busy try after some time.

May have had a blip a few minutes ago, but seems to be building OK now…

@JayIM the main build server is working (though at times it is a little slow) at the moment due to heavy developer usage most probably.

Advice is to “Please try again in a few minutes”; that usually works but often not immediately.

In the meanwhile, you might use the alternate server ( http:// code.appinventor.mit.edu ) if you need immediate access (you will have to import your Project aia).

Can you build your Project now?

Facing this error , Like after 4 to 5 times it starts compiling the project , which takes a long time , and sometimes again the message appears
The build server is currently busy. Please try again in a few minutes.
compiling projects didn't take so long before.
Thanks for help

Yes, nearly all the build servers are currently running at capacity at this time. Try again later, this is the peak period.

I am also facing this problem.

I am also facing this problem

But why this problem happens?

the build servers are currently running at capacity at this time

MIT monitor server capacity, and if demand continues to exceed supply they will consider adding more build servers. (they have only recently added three more build servers) As I have said, this is a peak period for developers building their apps, putting the servers under load, causing the message you are receiving. Try again a bit later.

Would any one (@jis ?) object if I post my app to scrape and summarize the build server summary here? 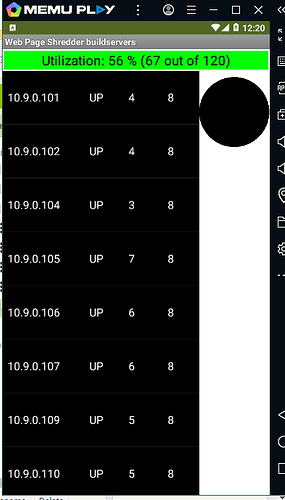 Here is five minutes of the MIT Build Servers today as of a few minutes ago (11:52 am CDST). Usage is heavy but not severe at this moment. Occasionally, I have seen average usage for short periods of time around 7. 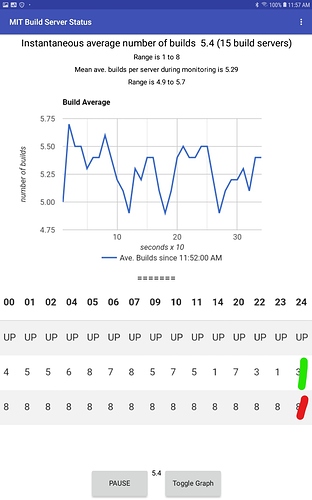 When the notice Please try again in a few minutes appears, things are very busy; try again. Notice there are peaks and troughs to activity. If you attempt to build during a trough, you are more than likely to succeed; unfortunately no one can predict when a trough will appear.

The maximum builds possible on each server is 8 (red marked row); the number of builds simultaneously taking place on individual servers (green marked row) in the bank of 15 servers varies with the load//number of developers using App Inventor 2 to build their apps.

If you can't build; wait a while and you will be able to finish your app. You are sharing the build servers with lots of developers.

As Tim mentioned, MIT recently added 3 servers to mitigate issues. Evan recently indicated "Peak usage is typically around between 9am and 11am US Eastern time"

I would prefer to see a:

webpage we could click on - or show this on the build servers busy message....

Hi !
I am writing to you regarding this

Would any one (@jis ?) object if I post my app to scrape and summarize the build server summary here? [Capture]

since there are these "server busy" issues , Sir , I would like to know whether you can provide an daily basis , hourly utilization of the server in a graph form , just like the ones available on google maps showing the hourly rush at any departmental store.
That would be of great help if possible , as you know maybe looking at the graphs , It can be figured out when build servers are relatively free

and would work faster (maybe)

I'm not MIT, so your question is misdirected.
I suggest you make this post public.

If you see a graph of when the servers are less busy then everyone will want to compile their apps then and the problem will remain.

Here is a more ergonomic version of the app, with bar graph ... 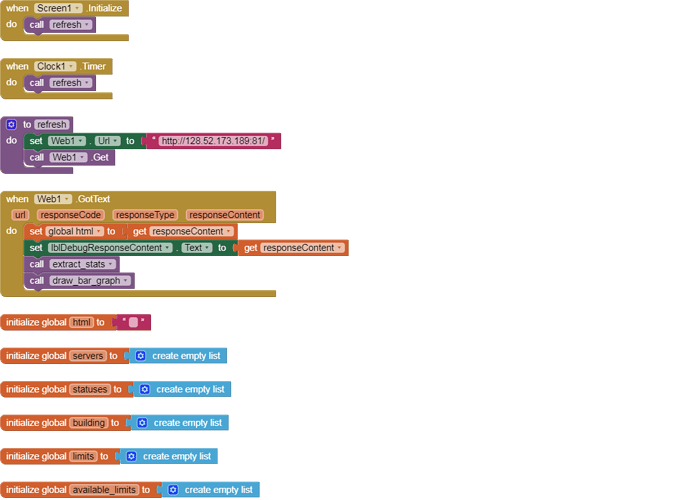 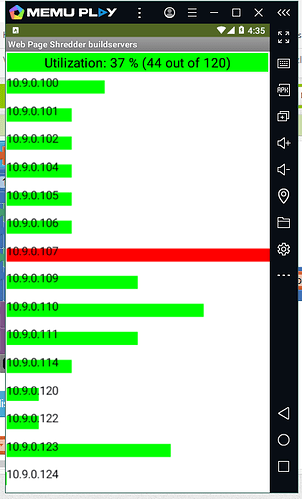 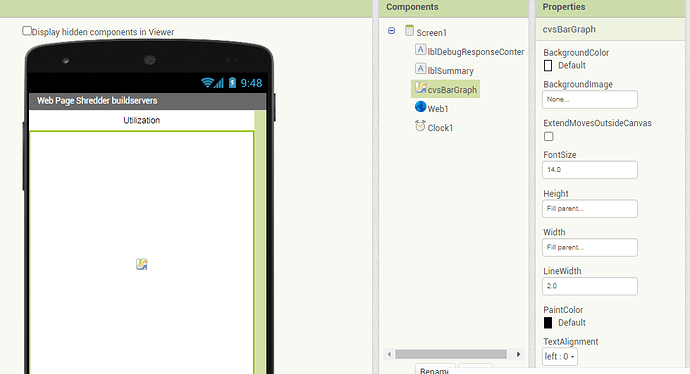 I am facing the same issue. I need to to share the .apk file with someone right now.
How long are "the few minutes" defined as?

Here is the current server status:

Thank you @TIMAI2 I was able to build the app