What are the min / max values of the slider?

Note: The slider can display a maximum of 5 decimal places:

Thanks for your reply.

I have been searching but do not know how to activate “Do it”.

In response to your question:

To provide context, the slider is being used as an indicator of the % of power being given to a motor. When a speed button is pressed it increases the speed one increment of 1/18th. 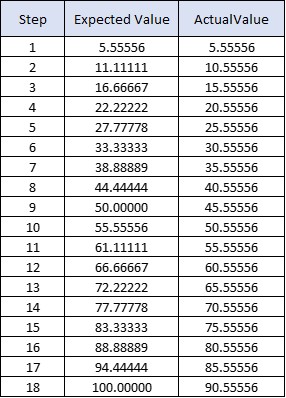 I have been searching but do not know how to activate “Do it”.

Connect to Companion, right mouse click: “Do it”
see here:

A List Picker would take up less screen space and give you exactly the set of values you want.

On the bright side, I did get the Do It to work. That is a helpful tool.

Thank you for your assistance.

Thanks for the reply. I am not looking to pick the number. The context is the slider is being used as an indicator of the of power (speed) being given to a motor for a model train. When a arrow button is pressed it increases the speed one increment of 1/18th.

The slider (Green and Gray) would increase or decrease as the left and right arrows are pressed. 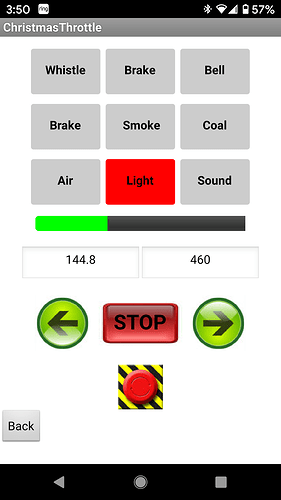 In your situation, I would make my own slider with a canvas and a ball for the thumb. You can even make a vertical slider in this way too.

@Juan_Antonio Sorry Juan, but what do we learn from this?

. this code creates the column of the table “Expected value” of post 8.

I am using the Slider as an Output, not an Input.

You click the right arrow (accelerate) and 1/18 is added to the current value of the slider.

Here is a way to do it just using a horizontal arrangement and a label: 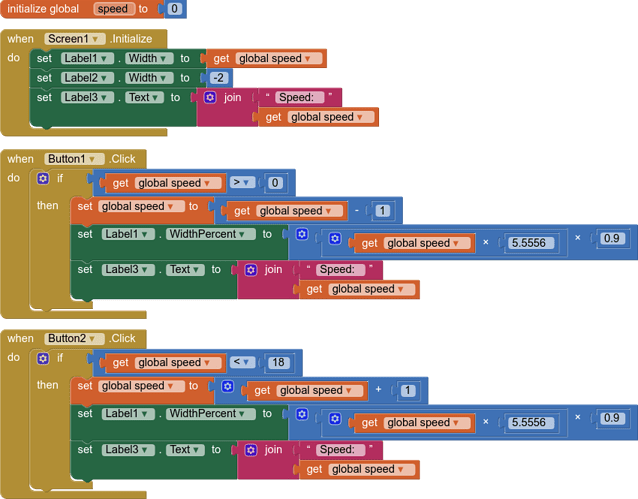 The Label is a very flexible item.

Now that the purpose is known / clear, this solution seems to me to be a little unnecessarily complicated. Why not just like this as @Juan_Antonio said:
createSlider.aia (97.8 KB)

I see your code. Thank you for sending. I agree, it is simpler.

However, the key difference is that I do not wish to change the slider and have it change the speed and display the speed.

I am using something else to change the speed and wish that action to change the slider position (under code vs human touch) and have that changed position indicate the change.

To explain further, when the right or left arrow is pressed, it sends an HTTP Get to a microprocessor (ESP8266) via WiFi. E.g. for forward “192.168.1.210/fwd” The microprocessor interprets the Get and increases the speed of the actual motor on a model train (Modelleisenbahn). The completed Get returns the new speed to the phone app via WiFi. I take that new speed value and use it to determine the slider’s new slider position. Thus, as the slider moves to the right, it indicates that the train is moving faster.

I do not wish to control the speed with the slider. I wish it to indicate a speed increase or decrease.

When I get it finally working, I will eliminate the text field that show the numbers They are only for diagnostics while I build this.

This is the physical device now: 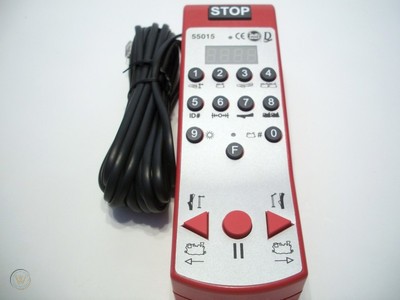 The app will replace it.

I am somewhat modelling the App Interface off this software: 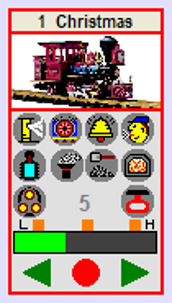 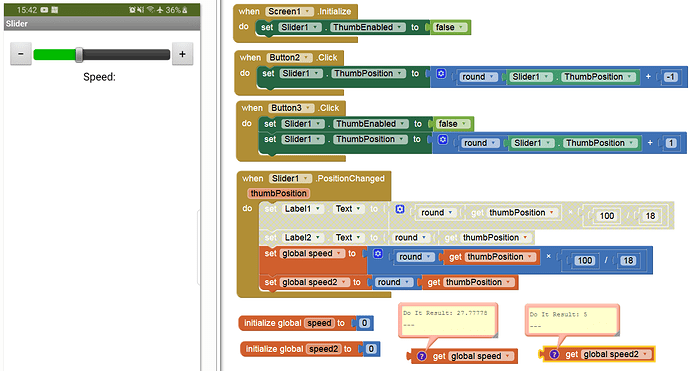