Hello, now i need help with my app of satisfaction of the company that i am working on lately.

We need to grab the information that is being selected on every screen of the app to a single database.
Can you guys help me?
Thank you god bless you. 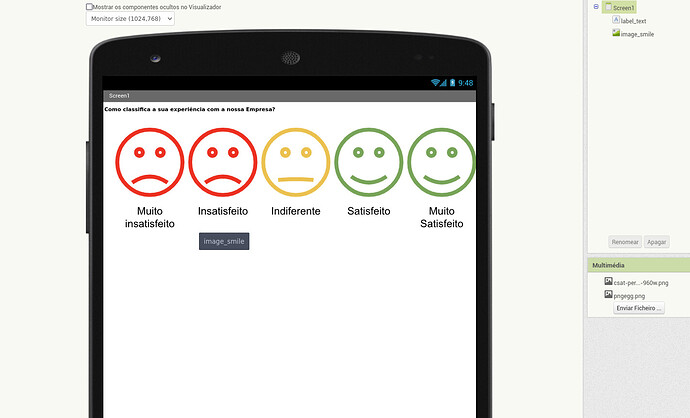 every screen of the app.

How many Screens are there? Do the all look the same as your Screenshot?

no, they are different.
take a look 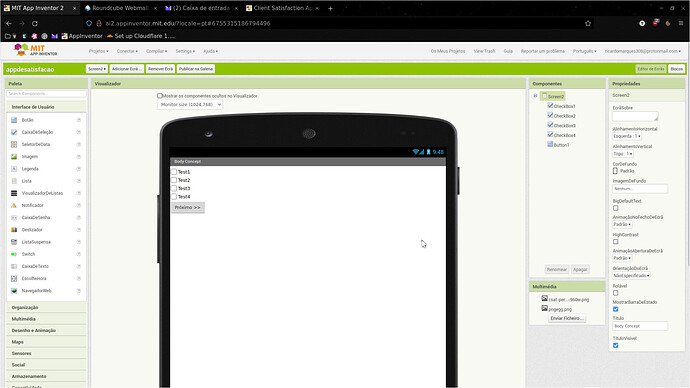 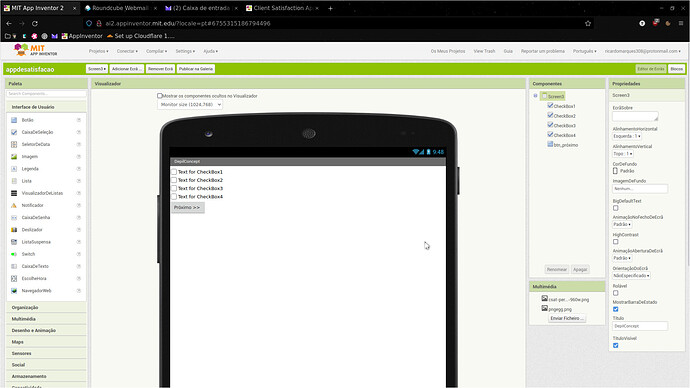 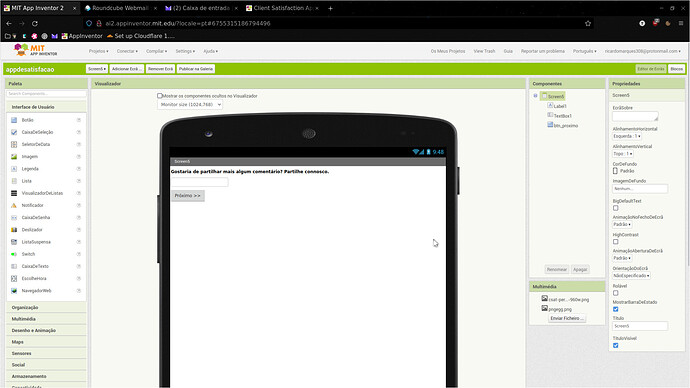 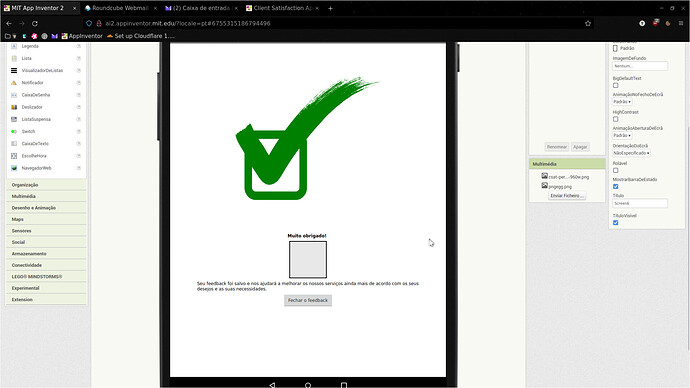 We need to grab the information that is being selected on every screen of the app to a single database.

And ... where is your problem? Post your relevant blocks.

And read this first:

Before you ask a question / open a new topic please take care of the following points: The forum was previously searched for similar topics / issues. Give a precise (detailed) description of the issue / bug, the goal. Show the (relevant) blocks (images, screenshots of blocks in high quality). Debug your blocks (connect to Companion and right mouse click: → Do it). Name the Android version running on your (test) device. Do not open multiple threads on the same topic. If you haven't already,…

In terms of storage, a lot depends on Data access required - take a look at the hints in App Inventor for CloudDB, TinyDB and TinyWebDB.

It's not entirely clear what it is you want to 'grab' but it is easy to collect a User choice. I recommend you use Virtual Screens and have a submit button which the User can tap when satisfied with his/her input. The Button event can then collect all of the input and send it to the database.

When we define virtual screens, we use one 'real' App Inventor Screen (most often Screen1). Screen-sized Vertical Arrangements on it are displayed/hidden as required - they are the Virtual Screens. This is generally a better approach for multi-screen Apps, they share data without having to "pass" it between screens and it also reduces code duplication, making the App more efficient and the code easier to follow if you have to return to it at a later date.
So, instead of separate "houses", virtual screens are "rooms" of the same "house".

What do these blocks have to do with the database? We need to see your blocks related to the database.

John, with regard to the smiley faces (Buttons or Images), when tapped, the selected smiley needs to be indicated - you can do this by swapping the image with a 'picked' image:

can you help me finding that image or something similar chris?
thank you

Well I just drew them - I can export them for you if you wish. I use webp format, it's the most lightweight in terms of file size and still has the quality of png.

yes i want it.
thank chris

Had to put them in a Project file as zip files and webp files not allowed.

got them and how i implement them in my screen 1?

Put a row of buttons on a horizontal layout.

An example using buttons - and a Virtual Screen.

Test with the Companion.

it worked Chris!
thanks buddy.

And one more thing i wanted to have a database for this app.
can you help with that too?

You need to decide which of the available DBs suits your requirement John. Using virtual screens, all the User selections are on one 'real' screen, so you can collect that data easily and send it to the DB.

what is the best option for a database?

I can't tell you that, it depends on what your storage requirements and access requirements are. If you read the help on the DBs available, you will know which is right for you.

thank you brother for all the help that you gave me.