Problem with "close screen with value" on iOS

Hello!
I ran into a problem while using the "close screen with value" block on iOS devices. Some of my students were trying to develop an App where you can switch to a second screen to draw a picture and when you go back to the first screen the picture is passed to that screen. On Android devices everything works fine. On iOS devices the combination of the "close screen with value" block and the "when other screen closed" event is not working properly. 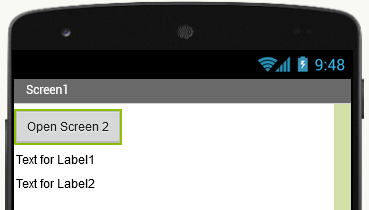 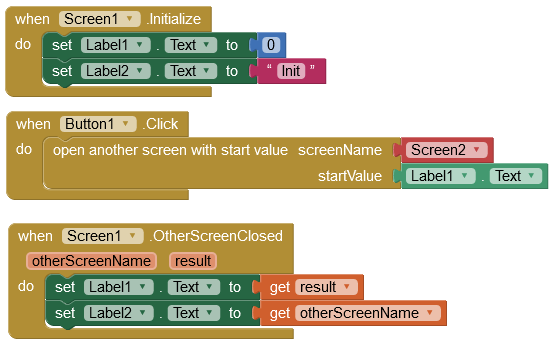 Problem 1
The "when other screen closed" event is not fired when I return to screen1. It seems to be totally ignored.

Problem 2
The "when Screen1.Initialize" event is fired when I switched to screen2 and then return to screen1. But this event should only be fired once when the screen is intialized the first time and not again when you return to this screen. It seems like screen1 is not running in the background when screen2 is opened but closed and then reopened which means that I can't pass a result to screen1 when leaving screen2. When I come back to screen1 I can see "Text for Label1" and "Text for Label2" for a short time and then "0" and "Init" are shown.

My question is: Is this behavior intended on iOS or is there a bug in the implementation of these blocks?

It seems like screen1 is not running in the background when screen2 is opened but closed and then reopened which means that I can't pass a result to screen1 when leaving screen2.

Yes, Companion only has one screen open at a time.

Hmm. While the companion only shows one screen at a time, it's supposed to emulate multiple screens and simulate the passing of data between them. I thought I had previously tested this on iOS and it worked. Can you share a sample app with us that we can add to our testing rotation to verify whether or not the behavior is working correctly on iOS?

This is the app that I tested as described in my first post.
iOSMultipleScreenTest.aia (3.5 KB)

I would really like to read about the results of your testing.