I am pleased to announce that I have developed OnEarth with app inventor, an app that helps users help the planet using AI and mixed reality.

The app won the first prize at Educaixa Challenge from a total of more than 1200 projects. 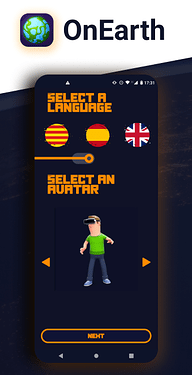 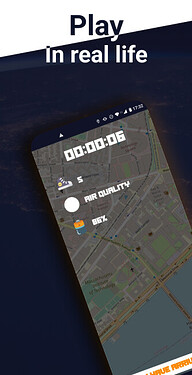 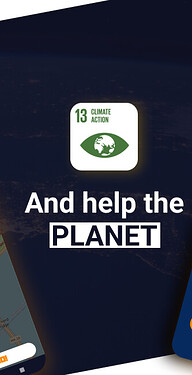 Many thanks to App Inventor and the entire community for the support and the great app building tool you've created!

The difficulty to develop the app has been high, I have dedicated many hours to programming and many others to solving problems and bugs. In fact, I'm still working on new inclusions such as a tutorial.

To make the graphical part, first a prototype was made in Figma and then it was moved to app inventor.

To give a more fun touch to the game, I have included avatars that give the feeling of being in 3D although the reality is that it is a video.

So that the app does not take up too much space at first, all files such as images, videos and audios are stored in a remote database connected to app inventor. When the app is opened for the first time, these files are downloaded, so the first time you open the app, you will have to wait a little while in a loading screen.

To make the game speak in the tasks, as I wanted to include a quite real voice, I had no choice but to create several text-to-speech audio files with an online app and include them in app inventor.

In addition, so that the missions can be verified and so that users do not cheat, artificial intelligence is included through image recognition that recognizes, for example, garbage cans.

I have tried to make the app as responsive as possible, although there will surely be some problems on specific devices, in that case, if anyone has problems, I appreciate to be notified to fix them.

There are also other inclusions, but it seems to me that these are the most important.

As for the extensions used, I have used many that have allowed me to do from the graphical part to the logical part of the app:

Without the app inventor community that created these extensions, the app could not have been made! Thank you very much to all of you.

Maybe you can tell more about your app and how it works. It could get a blogpost on the App Inventor website. Isn't it @ewpatton?

Oh yes! now I update the page and add more informacoin, thank you very much.

Can you also tell something about the technics. Difficulties to make it. Extensions you used etc.

ok! Now I start to do it

Done!
It does not allow me to mention more than 10 people, I would prefer to mention the developers of the extensions, but it does not let me, if you can do it, you would do me a favor, otherwise I leave it like this

Hello @Meulencv and congratulations for the app project.
It is not very common (in my experience) for us to create a blog post about a single app on our website (even the Appathon winners are collectively acknowledged) but if you have a webpage with all your project and contest information, trailers, link to Google Play Store etc. we can highlight that on our social media and direct you some publicity.
@ewpatton let me know what else you might have in mind.
Best,

Hello,
Thank you very much

Yes, I have a page and videos and Google play, when I have a little while I send everything

.
Thank you all for the support

Make sure we have a URL for a single webpage where all of your other info is accessible. This URL is what we will post from our social media.

Hello!
Sorry for the delay, I just had a pretty intense week.
The website
https://technologiescv.wixsite.com/onearth

From there you can go to more information, to download the app or to watch a video...

Thank you very much😁

I don't see any name, photo or bio associated with this website introducing you to people and giving a link to the organization giving the award that shows that you did win the first place in 1200 entries as you mention above. It is very hard to create a tweet about such an anonymous webpage. The page https://technologiescv.wixsite.com/onearth/educaixa which seems to have more info is in Spanish and Chrome is blocking the content for me for some reason when I try to translate to English.
One possibility is you create a tweet yourself on Twitter explaining who you are and what your project achieved (including any relevant links) and we can retweet it if it is good. Not trying to be difficult here but I don't have what I need to promote your work on our social media. On the community forum, your post is already showcased.

Look, I attach a webpage where is certified that OnEarth had won

There is a lot of information in Spanish because the contest was in Spanish.
If needed, I can translate some of it

You will see that the pdf file is stored on the official website of fundacionlacaixa.org.
Which is the organization that created the contest.

In this web Awards The Challenge: anunciamos los premiados desde el Metaverso there is a video where at the end, in the steam category, OnEarth is the winner.
In this contest, there were 22 first prizes. So that's why in the lists that I send, there are more winning teams.
But it is still the first prize.

Do you need any more information to be able to verify it?, as for the web, I can translate to English as I mentioned above.
Thank you very much!

Create a tweet in English with all the relevant info about yourself and project visuals etc. announcing your success, include @MITAppInventor tag and I will retweet it (assuming content is acceptable).
Again congrats! 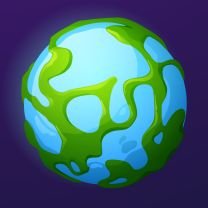 @onearthgame
OnEarth is a game available for @Android in @GooglePlay developed with @MITAppInventor that aims to help reduce the #CarbonFootprint on the planet. The project was one of the winners in the @educaixa contest. The project is explained in this Twitter thread 👇
3 Likes
Meulencv June 24, 2022, 10:07am #21

Thanks for the retweet