How community cohesion works in favor of AI2

Full Disclose: I’m not a lawyer and in way is this legal advice whatsoever. I have nothing directly to gain by even posting about this accept to enhance the MIT AI community.

While I was searching online for ways to build an iOS version of my App Inventor app for iOS I haven’t had much luck yet of a solution but have came across Kodular and AppyBuilder. Both seem to have a considerably nice sized community base following and do almost exactly what AI2 does but with a different design. After reading the TOS of both they are both owned by, Junnovate, LLC, a Delaware LLC which appears to have incorporated on 7/19/2019.

The way I see it @ewpatton and the MIT AI2 team work their asses off for educational salaries, do all hard work and Junnovate straight up copies their work and turns a profit on it. Now - I’m like all about making money but the reason why I say this is situation is a little different and hurts everyone is because they are fragmenting the App Inventor communities which messes with the collaboration and learning and all other kinds of things. Another reason is that the longer they stay in business, the more market share they take from AI2 until eventually no one uses AI2, if there are no more users then MIT may allocate less investment and things get harder and harder until it goes under. The problem with AI2 going under is that getting started in app development or creating a prototype or just creating a cool app will no longer be free. And that’s a big problem.

Ever heard about “Apache License”?

And AppyBuilder / Kodular are doing great work.
The community needs someone to support. MIT team alone is not enough.
There is no problem with earning using your hard earned skills, if it demands so.
That was the whole idea behind Open Source community and Free Software Foundation.

@LegallyNoob of course. I would consider Thunkable to closely be doing that kind of thing in comparison to AI2. What Junnovate is doing disregarding federal intellectual property laws to essentially waste peoples time and resources. Like think about if those engineers join @ewpatton and his team and those two communities just join us here on AI2. Everyone would be better off.

The App Inventor sources are made available as open source software under the Apache Software License 2.0 (link). Anyone in the world can reuse the sources in accordance with the License. A number of organizations have done so as the basis for other platforms, including for-profit ones like the companies you’ve identified. The sources also serve as the basis of a number of “offline” App Inventor clones, many (if not all) of which are offered for free. If companies are adding value that people want (e.g., advertising) beyond what App Inventor offers and charge for it, that is well within the framework of what the License allows.

A virtue of open source is that anyone can potentially reuse it and contribute to it. App Inventor has over 100 contributors from around the world (the core MIT team is only 4 of those). The development team at Kodular have helped identify security holes in App Inventor and regularly contribute features and bug fixes back to us (47 to date). Others who run their own albeit smaller distributions also contribute to the project. For example, a good chunk of the generic event handling was implemented by someone from China who runs their own version. As the lead developer for the project, I see this symbiosis as a good thing and actively try to encourage it. I occasionally host online meetups where we discuss features that would benefit the whole community and lay out plans how they might be made part of the App Inventor core. Open source amplifies what we are able to accomplish and overall is good for the community.

While I appreciate your concerns about community cohesion, I do believe that the different communities have different goals and interests and there isn’t necessarily a reason to force them all to come together. For example, we have over one million users per month during the peak times (school years in the northern hemisphere), and this drops off quite considerably over the (northern) summer months when school is not in session (roughly a 5:1 ratio). Those users may have very different goals that someone who might be using Thunkable or Kodular might. Many schools use dedicated App Inventor curricula (either our curricula or others), while other teachers might put together their own material. Some people participate in coding competitions such as Technovation, or to organize an after school program such as Girls Who Code. Would some of these people benefit from using another one of the platforms built on the App Inventor sources? Maybe, maybe not. But they build their own communities and have found meaningful engagement with the people and technology that interest them. I expect that companies like Thunkable and Kodular tend to attract people more interested in monetizing apps, and so engage in more discussions around challenges related to that aspect of the app economy. As long as people are finding a community that they can engage with in a productive and fulfilling way, I believe that we have accomplished our mission to inspire people to realize their ideas via apps.

@ewpatton wow, fantastic post. Thank you for clearing that up for me. My view point has totally changed on this. Have updated the title of this thread to reflect this

Hi @mike,
I am Diego Barreiro, contributor to MIT App Inventor, App Inventor apps developer for years (in both AI2, Thunkable and AppyBuilder) and CEO of Junnovate, LLC

I just want to clarify a few things you said about us, and add a few points to what Evan said (which summarized really well what we thought).

Now, let me mention the whole team at Kodular, which are all registered members here, and that ALL are MIT App Inventor contributors (and part of the @mit-cml organization): @Conor @Hossein @Mika @pavi2410 @Sander0542 @sivagiri @vishwas
Some of the changes we added first to Kodular have given back to MIT App Inventor sources. Yes, we are closed source, but we know all the work App Inventor team has to do, and that is how we try to thank them for this incredible platform.

We are investing most of our time working at Kodular. It is a full-time job, but the majority of us are students. So, sum a student working day plus a job working day. I don’t think it is needed to explain that this is a lot of time. There are some days that I spend +10 hours working on the project, some of my other colleges did too. Some days during the week (quite frequently) I just go to sleep at 5 AM because I have to finish some work at Kodular (for example, I remember the re-launch day, 22nd June 2018, which I slept nothing preparing the release). That invested time goes indirectly to MIT App Inventor as well, because some of those changes made to our sources come back to MIT.
And, personally, I have contributed to lots of open source projects. So I know that free working is nice, but you cannot invest all your time for free, you have to live. This is why we not (only) contribute to App Inventor, we also run our own company.

As Evan pointed out, we are not getting market from AI2. Our platform is more focused on professionals or businesses. And being so, it helps App Inventor to gain even more reputation, as indirectly it is targetting new sectors that would not be able to do by itself due to its nature.

Full Disclose: I’m not a lawyer and in way is this legal advice whatsoever. I have nothing directly to gain by even posting about this accept to enhance the MIT AI community.

I really appreciate this, as it is clear that you did not know the entire background of the story. But please, before posting again, make sure you know everything before you start defamation…
And you said in a prior post that you were waiting for iOS for more than 7 years. That feels weird to me, as you did never heard about AppyBuilder or Kodular during that time…

Remember, (closed) source forks can be good, as changes made by them can be are being brought back to the original source.

I learned to code being 13 y/o with App Inventor. You don’t really know the love I have for this platform, and how much I care about it. And I think I can clearly say the same for the rest of my colleges.

[IMPORTANT] How to Publish to the Apple Store

Any friend of the AI2 community is a friend of mine

We hope you can apply that same sentence here, as this is not the feeling we have right now.

@ewpatton wow, fantastic post. Thank you for clearing that up for me. My view point has totally changed on this. Have updated the title of this thread to reflect this

It’s nice to know everything was clarified. But we felt really attacked at first…
We hope that now that you know more about the background, you understand our position in the project, and don’t see us as evil demons.

Hope everything is fine now

Hi @Diego, thank you for you message. It’s well received on this end. My sincere apologies. Have a new found understanding of how things work around App Inventor. And a big thank you to you and your team for not slamming me on here when everything was properly compelling to do so. That shows real character and professionalism especially in today’s world where there is an extreme shortage.
Best wishes,
Mike

@ewpatton and @Diego Very well said!
As being one of the earliest users of the MIT App Inventor (then Google App Inventor, user since 2010), I have witnessed the phenomenal growth of the platform. I cannot thank the community enough for that! Special mention to @Hossein and @Taifun! 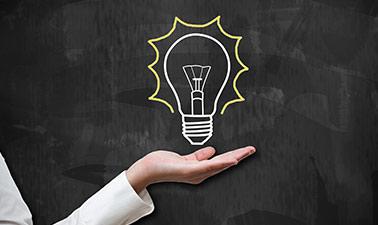 Explore the legal doctrines at the core of the innovation economy and learn how legal rights and information shape our lives.

@sarkar thank you taking the the time to share that link. Will look into it. Best, Mike