Hi,
I wanted to consult about a problem I've been struggling with.

I want to create a pdf or other suggested file format, to hold all the VSA information.
The "create pdf from layout" ext doesn't work well in this case.
It doesn't auto-generate multiple pages if the layout is longer than a single page.
Even if I use Colin ext and scroll-page-down, the generated page is from the top of the layout.
Setting visability false to some horizontal-arrangements, doesn't work, meaning the generated Pdf will just have a blank section in it.

Component2Image ext works the same as the pdf creator (always generates from the top of the layout, even with scroll, and displays blank for non-visable elements)

So, is there something I'm missing?
Any suggested solution? Extension? Workaround?

Thanks in advance for your time,
Maor.

If you are using KIO4_PDF, have you tried adding pages, one for each of your horizontal arrangements inside your VSA? This is how I understand the extension should work?

The problem is that I can't know in advance which stage(s) will be active, and especially, what will be the length of the listviews inside the horizontal arrangements.

I want to create full & aesthetic pages. i.e. not having a page with just a few lines at its top and the rest empty.

You should be able to identify which arrangements are in use and get their sizes in order to set them at pdf creation time?

That said, this is starting to sound like it might work better in an html/css framework environment....

Since the pdf-create ext receives a single layout arrangement as an input, I still don't see a way, maybe i'm missing your point...
consider the following (examples) possible cases:

I'm a newbie...what do you mean by "html/css framework environment"?
If this can solve my problem, could you please elaborate?
Does it require coding? Internet access? Extension? 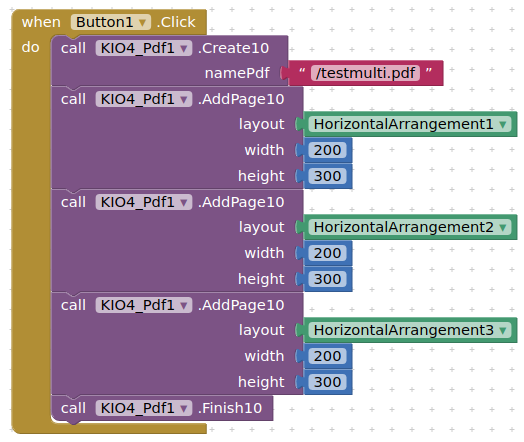 You make a page from each horizontal arrangement inside your VSA

The PDF extension should make pages as long as the content, therefore as long as you keep your widths the same things should look OK

what do you mean by "html/css framework environment

to use a local (on device) web page put together with html and css from the data on your VSA. A lot of work.

Each AddPage10 receives a single layout arrangement.
Your suggestion makes a static allocation of a page-per-stage...that's not what I wanted.
This would result in a lot of blank spaces on each page, since each Stage-HA doesn't usually occupy a full page. (See the different paging examples I've given above)

If I could somehow give the AddPage10 a dynamically created layout, then I could do some logic that adds the Stages length...
But the AddPage can't receive a "join" (like text) of HA: (for example)
AddPage10.layout = join("HA1", "HA2")

I think the dynamic component extension (yusufcihan) might help.
I'll start examining it.

Hi,
I've managed to solve the problem using the dynamic component extension.
Should I post it for others? Should the post be closed? How?

Yes, please show your blocks/screenshots of how you did this, it will certainly help others.

This is my solution and how to test it: 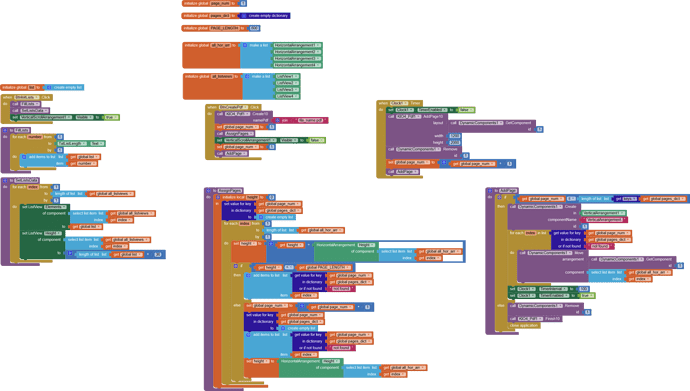