The closest thing you can do is build extensions in Java and load them into App Inventor. App Inventor does not have a Java/Kotlin language interface. If you are really interested in building apps with those languages, I'd recommend you use Android Studio.

I prefer the MIT App inventor. Where can I download extensions in Java? Do I load them into App Inventor by using its Upload File or how?

Do I download the jdk folder? If yes, do I load them into App Inventor by using its Upload File or how? Thanks. 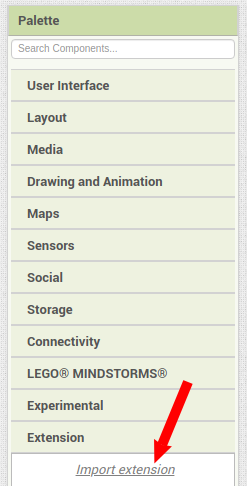 You may want to take a look at the extension template:

Hi all, I have been experimenting on a new system for building extensions. This version no longer requires checking out the whole source tree of App Inventor to build an extension, which means that you can manage extensions in different repositories without a lot of overhead. The template repository is available on GitHub. I would appreciate feedback on this approach and how it is or isn’t working. Regards, Evan W. Patton, Ph.D. Lead Software Engineer, MIT App Inventor

You'll need to set up a few dependencies for building, such as git, the JDK, and ant.

You have also to use the app inventor annotations.