Today I was trying to re-arrage some labels on a horizontal arrangement. I had issue to make them switch places, they would not move over and rather disappear. So I thought about copy and pasting the labels to then edit them, but as soon as I hit the keys "ctrl+c" and "ctrl+v" I got a message saying "An internal error has ocurred. Report a bug?" The particular situation here is that the designer view does not display all the components I had added previously, and it shows up like in the picture below. The weirdest thing is that all the interface components are still listed on the right side of the menu, but I cannot see them neither manipulate them.

This is a very important project that I was almost done developing, which has taken me months, and I really hope I can recover all the data. The blocks are still there and all the list of components. How can this be solved? 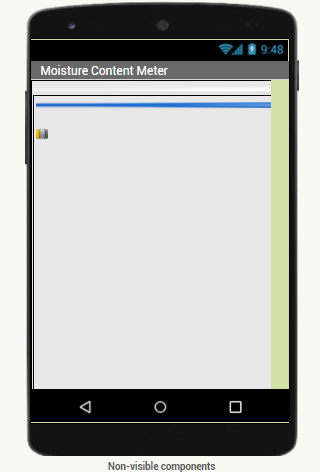 This is 1/9 of the total componentes I had, none of them can be seen:

I have faced this issue when I use arrangements.
My advice is: NEVER use CTRL+C and CTRL+V inside any form of arrangements, it just creates an internal error.
I had 150 components in the designer, did a copy paste and had to redo the designer on another screen

How can this be solved?

Just make another screen and redo the designer

Thanks for your replies.

Just make another screen and redo the designer

Thanks Alaqmar. This would be a lot of work, but it is a good idea I did not think about. I hope there is another way around.

This would be a lot of work, but it is a good idea I did not think about.

Well, I know it is a lot of work. The thought of redoing the designer can scare anyone out

I hope there is another way around.

I had 150 components in the designer

OMG this must have hurt. I feel you! Let's see what @ABG has to say about this issue. Fingers crossed!

I got a bunch of errors trying to load your project into the code.appinventor.mit.edu server.

I loaded the .aia file in the Unchive tool at

Hello! For the past few days, I’ve been working on a script that can view AIA files without having to log into App Inventor and then import the project. More importantly, it can view your AIAs even when you’re offline. While this is something that can be done by downloading and compiling App Inventor’s sources, it certainly isn’t beginner friendly. I hope to overcome these issues with a simple-to-install, simple-to-use software. Check out Unchive! (Unchive = Un-archive = Un-archive App Invent…


and explored your deep nest of vertical and horizontal arrangements, but could not tell if anything was out of place, because of a lack of helpful naming conventions.

You could help by checking your tree structure in Unchive to see if anything is misplaced.

Your Screen1 has a lot of arrangements, and a lot of your components have their height or width set as automatic, which can be a chore for the Designer at layout time.

I notice from your Arrangement nomenclature that you have devoted some of the to specific crops, i.e. soybeans.

Have you tried reducing your component count by reusing them for different crops?

Could you split your apps into multiple apps by crop, copying screen sections one by one into new smaller apps?
Here is a partial copy I attempted, until I ran into another error when I got greedy trying to carry over too much...
MCMeterV2ABG.aia (13.5 KB)

As the old saying goes,
If you ask for too much you end up with nothing.

How old is your latest .aia export file?

P.S. I notice AI2's visibility handling in the Designer breaks down once it gets an internal error. Usually, hiding (Visible=false) a parent Arrangement should hide everything in it. That's not happening for your project.

I thought of a way to export and save parts of your Designer work, for transplantation or cloning into new projects.

Once copied in the Designer, an Arrangement and its components have a text representation suitable for paste into Notepad, from which you can save it in a directory structure matching your app structure, as .txt files. Those can be copied and pasted into new projects for a rebuild. Any text export that produces an error at import time is too big or complex, and its export should be redone in smaller bites.

Your Designer problem reminded me of something I saw elsewhere recently ...

Have you tried reducing your component count by reusing them for different crops?

Hi ABG, I do not have dedicated arragements for each crop. I am using two crops only, and the different screens are reused for each one. The only dedicated item per crop is the button to pick the crop at the beginning.

Here is a partial copy I attempted, until I ran into another error

The project would not load. It says: Server error: could not upload project. Please try again later!

How old is your latest .aia export file?

Sadly, I did not have a previous export of my work. I trusted MITAI2 too much.

P.S. I notice AI2's visibility handling in the Designer breaks down once it gets an internal error

This is really bad news. I'll try to explore my arrangements, but I am not sure what am I looking for?

What would be a more helpful naming convention? I named everything that was important to be recognized from the blocks, which was almost everything. I named the arrangements VArr (Vertical Arragement), HArr (Horizontal Arragement), labels LBL and buttons BTN, etc. Many of what is not named are labels used to fill empty space to help the visuals.

a text representation suitable for paste into Notepad

How can I get this text representation from? Also, how do I check the app directory structure?

Thanks for all your help, it is huge!

I successfully loaded this, but when I open it, I see the components you separated in the list on the right menu, but I do no see them in the designer view at all. Do you see them the same way as me?

Try this one MCmeterV1Bob.aia (330.4 KB), also you might want to rearrange labels in TableArrangement1..

OMG! It works! I am extremely happy! What did you do to fix it? I am beyond happy!

Long story short, one of the labels in TableArrangement1 didn't have a position (Column and Row) and thereby whole project broke..

Let's discuss diagnostic techniques for this kind of problem.

I imagine a Divide and Conquer approach starting from the component tree in the Designer, where you start at the root (Screen1), take an immediately descendant Arrangement, copy it (Ctrl-C) in the tree pane, and try to paste it into an empty project.
If it pastes with no error, it's okay, so try the next sibling branch
If it has an error, take a fresh empty target project, and home in on the problem Arrangement, taking it as the new root of the subtree to explore.
Repeat until you have the smallest possible Arrangement that causes an error on paste.