All in One Template

I just remembered that a few months back I made an app that used only one screen I realised I might have to sort things out so I made a few procedure and dictionaries to store the data about every screen (Vertical Arrangements in my case). The procedures were : Set Variable, Get Variable and Open Screen I thought I might just create a tutorial with the procedures and the variable but I thought I might just share the stuff with you guys because I am not that good of a teacher to do it myself. The whole template works on a single global variable which is a dictionary. The dictionary contains a key corresponding to each screen. The value contains another dictionary with two more values : -

Here are the images of the variable and procedure pulled out directly from the project : - 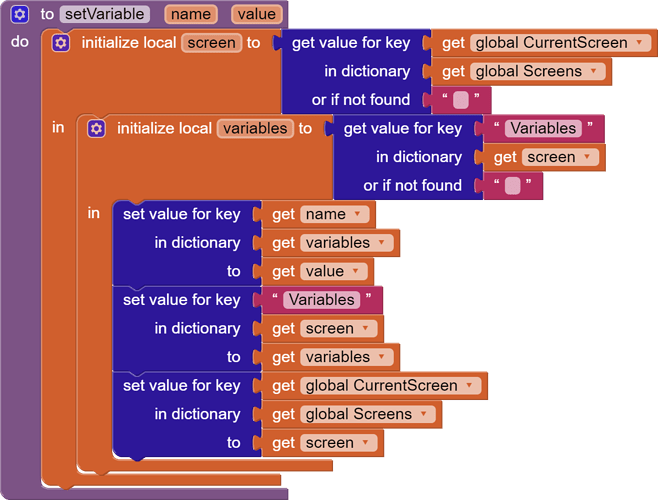