if you find a difference in the manifest, then as it seems to be, the build process somehow removes a relevant part and this should then be fixed by the MIT App Inventor team. You then could send me your project as personal message and I will forward it to the MIT App Inventor team so they can find out, what exactly needs to be fixed. I agree... this is only a workaround... Taifun Trying to push the limits! Snippets, Tutorials and Extensions from Pura Vida …

Thanks for agreeing to look at this. I hope I've done as much of the work as possible.

I used Notepad++ to do a comparison of the two text APK's. Unfortunately I don't know how to output the colored version of the comparison – I could only take screenshots: 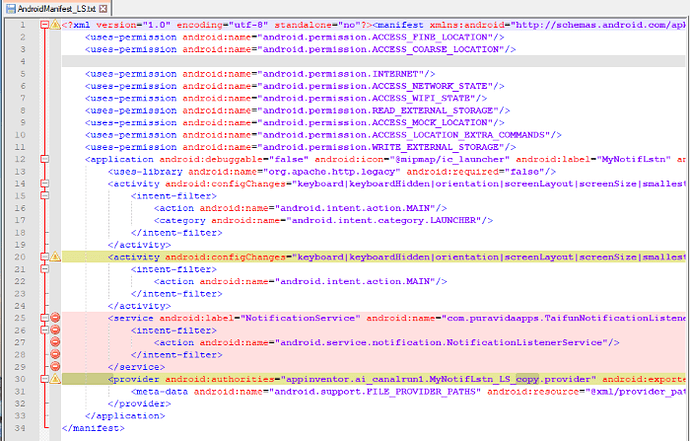 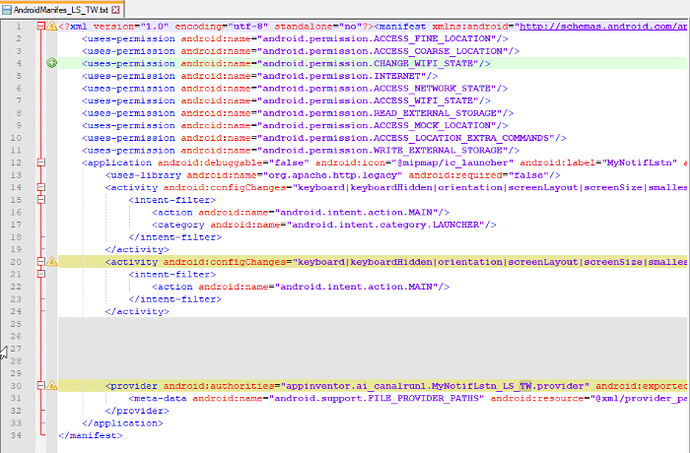 I would be willing to bet this is the problem. Do you agree?

A post was merged into an existing topic: Removes Permission?